The last few brews I've done with my Grainfather have produced a load of foam above the top plate. Usually this subsides during the mash but yesterday there was a huge amount that didn't go away. The beer itself appears unaffected.

Does anyone else get this?

What causes it? The only change I've made is that I'm now treating my water and finally hitting the correct mash pH. Could this be the cause? 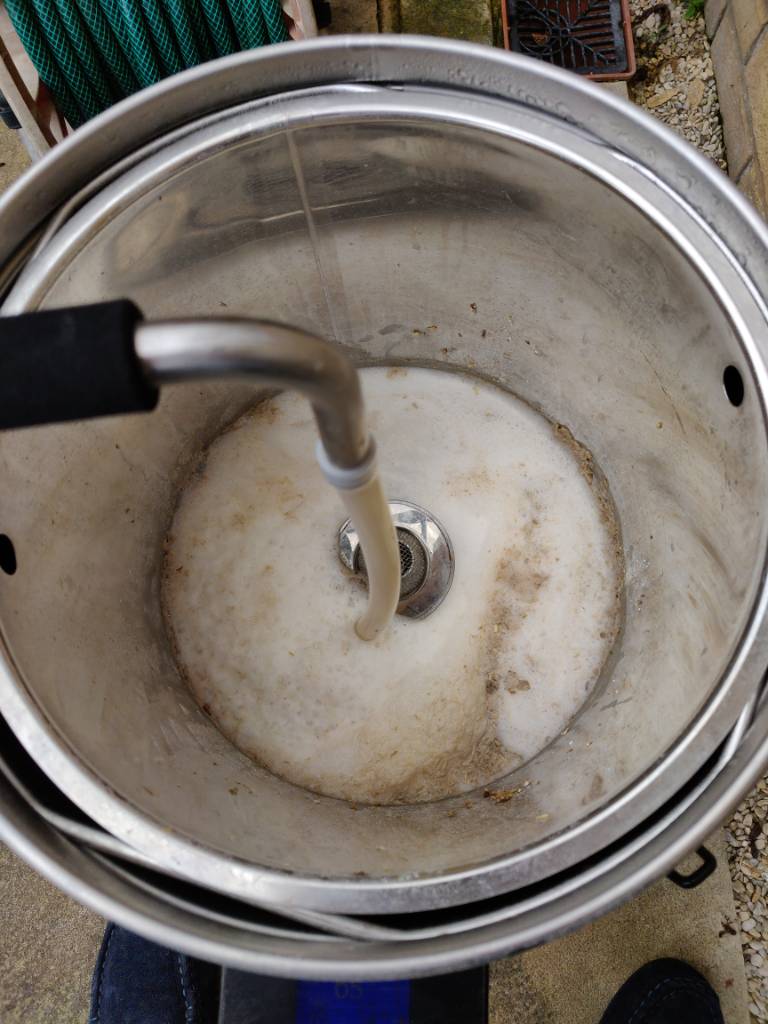 Surface foam can occur after mashing in, and the amount can vary with the type of grains and vigour of stirring. But it can also occur due to later splashing or air being drawn in during recirculation. Was the foam there to begin with, or did it build during the recirculation?
Kev
Top

It appeared very quickly after starting the recirculation.
Top

I don't have a GF but have used similar recirculating systems, and this did happen initially sometimes. I think it may be due to air in the grain bed (or pipe work) being initially recirculated and worked out.

But in my case this didn't perpetuate for too long above a slight layer of foam on top. Its a bit hard to tell from the photo how much you have, but if it is a lot and ongoing throughout the mash, I wonder if you may have air being drawn into the recirculating system somewhere?
Kev
Top

Do you always do such small batches? I'm just wondering if the foam is somehow going down the overflow and getting sucked straight back into the pump and foaming up some more. Just a thought.

Sent from my SM-G930F using Tapatalk

It's not a particularly small batch. There's around 3.4kg of grain and 12 litres of mash water in there. It's supposed to be a 20 litre homage to Boddington's bitter at around 1037 og.

In retrospect I probably should have used the smaller pipework as there was no circulation via the overflow pipe and I suspect that the space under the grain was mostly empty and that's where the air was getting in.

I did get 5% better efficiency than usual though

Return to “Braumeister, Grainfather and other One-Pot Brewing Systems”