The forum for discussing all kinds of brewing paraphernalia.
Post Reply
18 posts

Three large boxes arrived today whilst I was sneaking a quick half hour working on the brew shed during my lunchbreak. My wife didn't even bat an eyelid which was unexpected, but I'm not going to look a gift horse in the mouth. They're rather minimally packaged, so I'm not entirely surprised some people have them arrive with dings in or worse. I'm pleased to report however that despite the strapping having pulled through the cardboard boxes slightly at the edges, all three pots appear to be in good condition, if a little dusty. They're now stashed away in the shed until I work out exactly how I want everything to hook together (and until the brew shed has progressed a bit).

This is what i'm looking for

May i ask how much hassle it was to get them

No major hassle at all. I emailed them explaining what I wanted, they gave me the prices and a link to a page that allowed me to pay and they arrived within a week. Prices were the same as I think I've seen posted elsewhere here in the last few days, but as far as I can tell I got two standard pots and a thermopot for what I'd have paid for a standard pot and a thermopot from a UK vendor and I'm happy with that.

I've gone for 100 litre pots for the HLT and boiler and an 80 litre thermopot for the mash tun. It is a bit on the large side, but generally I'll expect to do ten gallon brews with the occasional larger one. I sometimes struggled with my old five gallon boiler and mash tun when there was a fairly large grain bill so this should make life easier. And it's not like I don't have the space.

I've easily got two metres headroom in my brew shed, so I'm probably going to go for a three tier system rather than pumped, with all the vessels having bottom drains, grain filter in the mash tun and hop filter in the boiler. Somewhere I want to fit in either a counterflow chiller or flat plate heat exchanger, but I need to give that a bit more thought. I might eventually go down the HERMS route, but initially I think I'm going to have everything manual and just get some brewing done.

What are you going to use to supply the heat, gas or electric
Top

Thanks for your help James enquiry sent
Top

fwiw using thru the side holes in 98l pots and a SS 90 degree F/F elbow fitting positioned a mm or so above the pot bottoms i get minimal deadspace in my 98l pots.. for a hop filter the garth style mesh envelope is proven and popular and easy to fit simply substituting a F/M (street)elbow.
ive been using a hop spider but have a garth filter ready if i change my mind.. 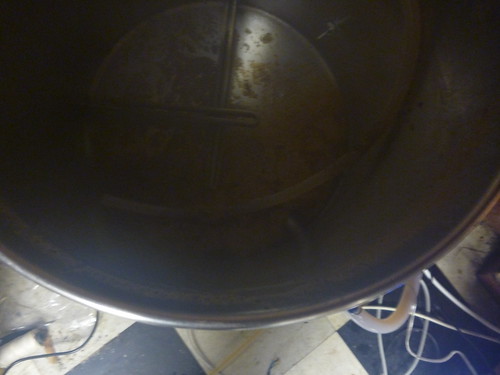 with a botom drain your looking at raising the drain point 2-3mm off the base minimum, and forgetting the base curve thats potentially 4-6l below the drain point, stick a base hovering elbow on the back side of a side hole and a simple tip forward at the end of the drain when its as light as it can be it will simply drain the last runnings easily in no time.

You could look at countersinking the drain port? use a metal jig tho iirc someone who used a wood one discovered the thin SS a lot stronger than his jig

i think i read somewhere of someone dropping a bowling ball into a pot hopeing to dish the base out a bit ?? 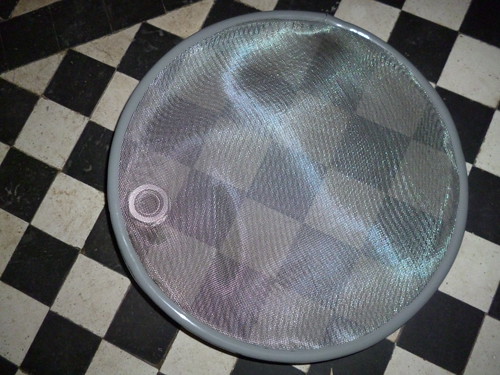 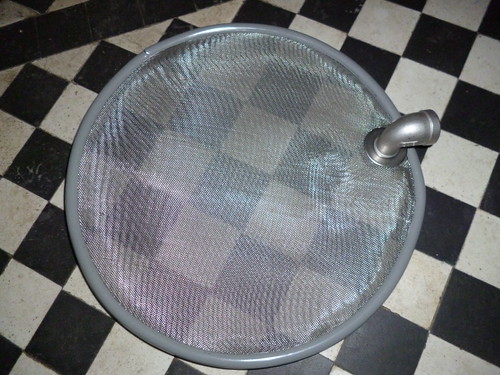 Now you mention the fact, it does occur to me that when emptying the boiler into a lower vessel there's something of a syphon effect meaning that the pot can drain to a lower level than the hole it's being drained through. May not always help with cleaning and suchlike though, I guess.

I quite like that the hops settling on the filter act as a pretty good filter themselves. My current hop filter has pretty large holes in (3mm to 4mm I'd guess), but the boiled wort runs quite clear after the first pint or so despite all the gunk that could theoretically get through the holes. Personally I'd prefer not to tip the boiler and disturb them for that reason.

Anyhow, plenty of time to think about it yet

Maybe I’m impatient but no reply from the catering portal, it was only sent to them yesterday though

They're fine with English. It did take a day or so for them to reply to me though.