The forum for discussing all kinds of brewing paraphernalia.
Post Reply
23 posts

So what would I need to do?

I have the exact same element. Runs fine on my garage electrics which are just standard. Had it for 3 years now and used it 50+ times.
Top

Would it work with this?

I've just bought a pair of these http://www.pecoservices.co.uk/spare-ele ... 5-21-p.asp for my boiler and they don't burn and just wipe clean unlike any other elements i've ever had at that price.

Bunglebrewsbeer wrote:So that would just run fine of a standard socket? I'm clueless with electric as you can prob gather.


Sent from my iPhone using Tapatalk

if clueless with electrics mrlard elements with the SS shroud need a bit of attention when wiring up.

use crimp on loop connectors , I then wrapped up in insulating tape and added a slither of cut pet bottle to wrap around too to isolate all electrics from the metal shroud.. 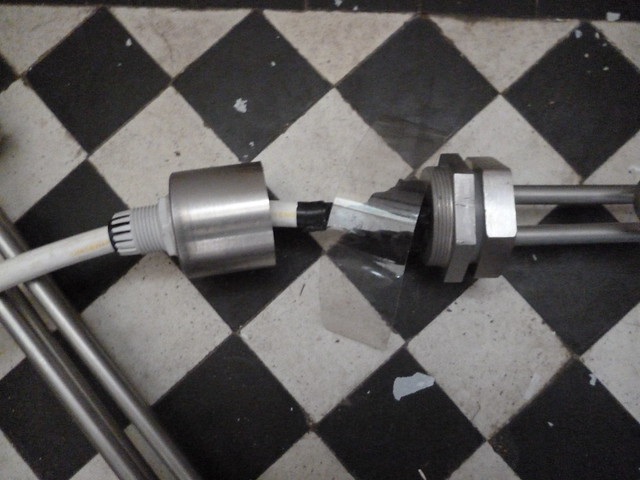 My 60L boiler has a 3kw and a 2kw element installed. I use both to get to the boil, then just the 3kw to maintain it. Used in the kitchen with the back door kept open to draw-out the steam. There can be a breeze into the kitchen when the wind gusts that way. This slows the boil considerably, sometimes necessitating putting the 2kw element back on.

The OP says the prob to overcome is a draft/breeze. I would suggest at least 2 elements opposite each other, to spread the heat whilst boiling, providing 4kw min. 2 x 2.4kw sounds about right for a 100L pot. Too much power will exacerbate evaporation losses.

That's been my mileage, anyway. Next boiler upgrade will be a 70L pot with 2 x 2kw elephants; both used throughout heat-up and boil.

Edited to add: The elements are used from standard (separate) mains sockets. I have the same 3kw element in my HLT, which also runs from a standard socket. Done about 50 brews with this kit - managed not to burn the place down yet!