I have finally, successfully concentrated a beer (like Tactical Nuclear Penguin) I took 3 litres of my Big ballsy Stout (AKA Deathkvlt) and through a freezing /un-thawing process has a brandy ish beery taste very pleasant, not to mention OMFG strong! A worthy experiment and all from a Muntons gold kit!
Top

Stoat on a rope

I've been wanting to try this, what size vessel did you use and what sort of return did you get? Did you just use a normal freezer and do you know what temperature it was at? I know at BrewDog they go down to about -30/40C and do three to four re-freezes.
Top

Oh my god this new development could push my wife over the edge! Full instructions please!!
Top

The beer I used was really high gravity, I'm a scientist by trade so, at home I mostly go by thumb.

I used a sterile 1.5lt coke bottle. Filled to 1litre.
Put it in a domestic freezer, now its only about minus 5/10 deg. Thats ok, water freezes at 0 and I dont want to freeze anything else but that. 12 hours it was solid. I took the cap off and turned it upside down in to a pint glass. The first runoff was clear and very very strong! Had a vodka ish taste, my guess is it was pretty much ethanol. Kept draining it till about 500ml. What was leftover was brown ice. Repeated so I had 1 litre of concerntrated beer. Froze it and now I have 250ml from 2 litres. Its very very strong.
Top

lol, i'm going to have to try this I think. cheers for the inspiration jordan.
Top

OMG! You're encouraging binge drinking, all the babies will die and it will be your fault.

Now you're going to have to clone Nanny State.
Let's all go home, pull on our gimp suits and enjoy life

brilliant idea mate. might have to give this a go at one point.
Top

Stoat on a rope

Awesome! I will be trying that with what I'm currently fermenting... Freeze distilled lambic anyone?!

I'd name my new brew 'babykiller' but since my missus is due in 3 months she might throw a paddy! hahaha
I want to TRY a lambic beer so badly. I was actually trying to explain to a friend why I wanted to make a super mild (nanny state style) beer
Sometimes 9like when ive been out riding my bike, or just damn thirsty I want to drink 10 pints of tasty beer without turning in to a werewolf
Like - was it Mild? that dockers and the like had?

anyway.. on with the doom
Here is my beer
Bottle - 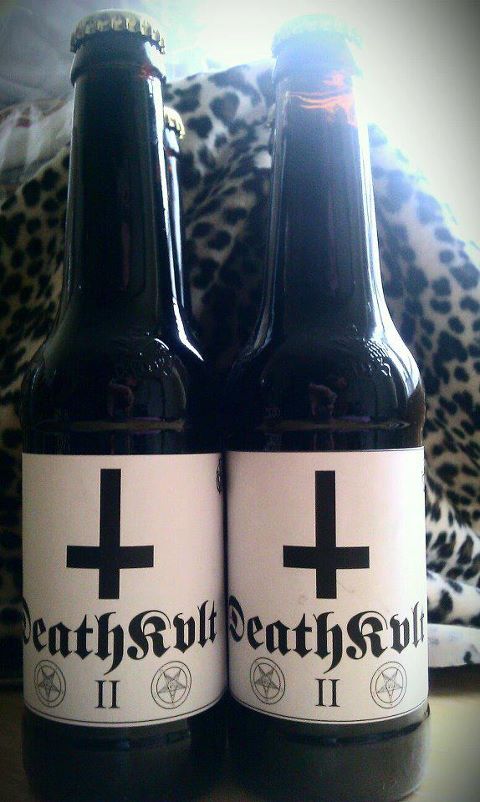 This was a muntons imperial kit + 1kg brew enhancer + 1kg dextrose + 500g white sugar + a high gravity ale yeast.
before you hate... its bloody awesome dont have a hydrometer (yet- broke old one) but it makes you feel warm and wonky. 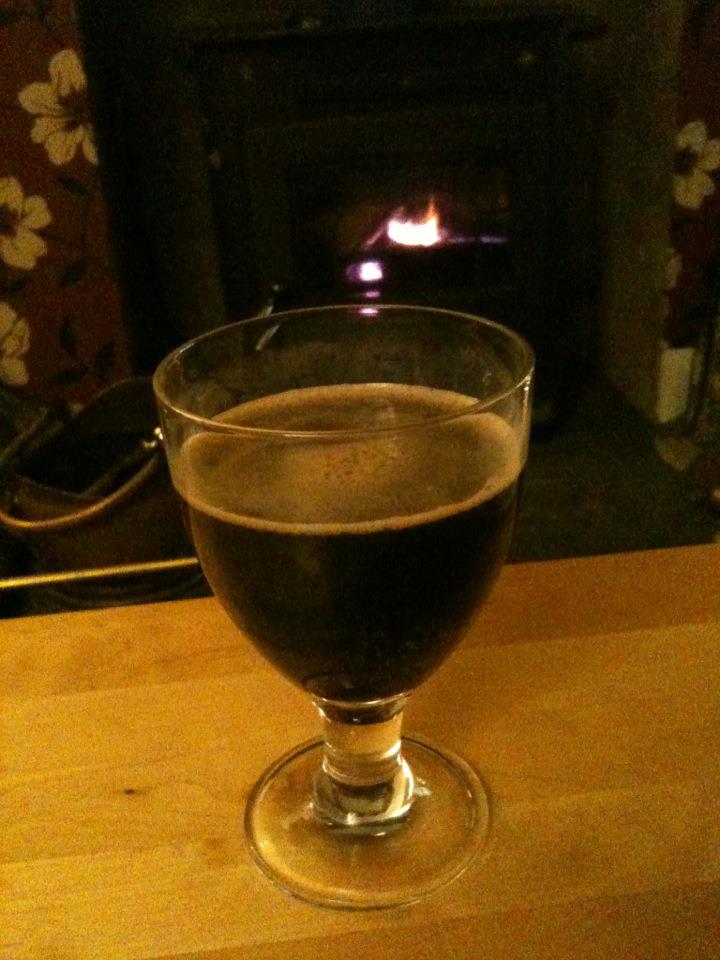 Im going to add 25% Icejack beer to the stout during bottling to make BLACK NUMBER ONE!
Top

Looks great. I've just had a blowout and filled myself up to capacity, so I'm tempted to buy a load of new bottles and put some form of RIS on.
Let's all go home, pull on our gimp suits and enjoy life

I might try this with cider next. the icejacked beer on its own is quite frankly 'orrid.
Top

Right then m'laddo's, I just tried this out in a basic format, and it's absolutely spectacular. I took a Blueberry and apple TC that I have just brewed, and put approx 750ml into a sterile 1L bottle. Then, shoved it in the freezer, which is set to -21C. I have just up ended the bottle and drained everything thats coming out, and ended up with 250ml.

Now the TC started out at 8.4%, but I don't think I can use a hydrometer to measure this can I? so is it just three times as strong now as it was? as I've reduced the liquid from 750 to 250?

Depends on how your hydrometer is scaled - mine will read to ~30% abv (as proved on my spirit kits which weighed in at 21% approx) - could also consider buying a brix refractometer which should read further - plenty on the 'bay to be had around Â£25
Primary 1: Nonthing
Primary 2 : Nothing
Primary 3 : None
Secondary 1 : Empty
Secondary 1 : None
DJ(1) : Nowt
DJ(2) : N'otin....
In the Keg : Nada
Conditioning : Nowt
In the bottle : Cinnamonator TC, Apple Boost Cider, Apple & Strawberry Cider
Planning : AG #5 - Galaxy Pale (re-brew) / #6 - Alco-Brau (Special Brew Clone) / #7 Something belgian...
Projects : Mini-brew (12l brew length kit) nearly ready

Join the BrewChat - open minds and adults only

I have a white grape/apple mix that may want this!